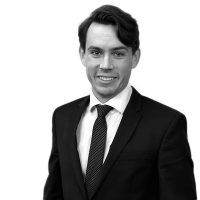 It was an interesting experience appearing and applying for bail in criminal matters before the Chief Justice sitting at the Elizabeth Magistrates Court on 29 April 2015. It was a first for the State having the Chief Justice sit at a suburban court and was recently reported in the ABC news here.

Mangan Ey & Associates made 3 successful bail applications before the Chief Justice who following his sitting suggested that there needs to be a link between the fine imposed for an offence and the offender’s ability to pay. We would absolutely support this suggestion.

“How do I avoid these fines?”

Too often we are seing mandatory minimum penalties imposed on people that have no capacity to pay that amount. An obvious example of that is a first offender who pleads guilty to drink driving and will be slugged $1100 along with impounding fees of approximately $900. There are ways and means around getting slugged these fees so we suggest you contact us for advice should you be facing any fine for a traffic offence in Adelaide.